The year 2020 has repeatedly witnessed male world leaders struggle to appear virile and masculine in the midst of physical illness and recovery. Britain’s Boris Johnson, Brazil’s Jair Bolsonaro, and of course the United States’s Donald Trump have all fallen ill with the coronavirus, a development that appeared to necessitate a shoring-up of their hyper-masculine political personas. In April, Boris Johnson’s aides insisted that the hospitalized prime minister was “still in charge of the government” even on the very day he was moved into intensive care. In July, Bolsonaro also contracted the “little flu” he previously dismissed, though he went on to tout his own recovery as a sign of his athleticism. Most recently, the White House counteracted the apparently unmanly optics of Trump’s hospitalization by releasing photos of him signing paperwork within the hospital, images that circulated on Twitter with the tag #TrumpStrong.

In each case, our cultural expectations surrounding a man’s experience of illness have played out predictably. Men perform their masculine resilience by refusing to give up work even as they fall ill; then, when no longer able to work, they redirect this strength to the Herculean task of achieving a speedy recovery. In a recent piece for The Atlantic, science journalist Ed Yong analyzed how the omnipresent metaphor of “strength” in the Trump recovery narrative is an inappropriate image for physiological illness, and particularly the biology of the immune system. Yet as I watch this narrative play out again and again within the news cycles of 2020, what I am struck by is the utter lack of alternative metaphors or values for the process of physical recovery, particularly for men. Though the work of Susan Sontag as taught us the dangers of using terms like “battle,” “fight,” and “strength” when it comes to physical disease, the question remains: if we abstain from these metaphors, what other language do we even have?

My essay in this edition of Victorian Review actually uncovers an alternative, forgotten history of men’s recuperation or (as it was more commonly termed) convalescence. Far from a battle or fight, convalescence in the nineteenth century represented a welcome relief from the stresses and demands of modern life. Many Victorian male writers—including W.E. Henley, George Whyte-Melville, and Wilkie Collins—even described their convalescence a beneficial reprieve from the taxing demands of masculinity itself, particularly the norms of overwork. These writers unabashedly reveled in the leisure of convalescence: the medical directive, as so many put it, “to do nothing.” In fact, this luxurious respite prompted an ethical awakening for some authors. Wilkie Collins, in particular, described how convalescence made him recognize the unsustainable work pressures—not of his own gender and class—but of the maids-of-all-work who provided his care. Using this context, I discover how Collins’s The Moonstone refashions novel-reading itself as a kind of ethical, restful convalescence: a necessary and illuminating respite from one’s average routines and social roles.

Such imagery of leisurely, pleasurable, and unexpectedly ethical ideals of prolonged physical recovery may seem utterly unfamiliar today. Yet we are seeing more evidence every day of our desperate need for new—or perhaps very old—narratives structures to describe the opportunities and responsibilities of bodily recuperation. Like the Victorians, we in the contemporary West are not as liberal as we think. The idea that the West is the world’s timeless arbiter of freedom is a myth that has been ingrained in our thinking since at least the nineteenth century. Whig historians such as Thomas Macaulay were largely responsible for creating this myth by obscuring English liberalism’s violent, erratic past—a myth that twenty-first-century Britons, Americans, and other Western peoples have inherited and rewritten for their own stories about their respective nations’ foundings.

In my article, I show how Wilkie Collins’s The Woman in White disrupts the liberal fantasies Victorians liked to tell about themselves. Through its Italian characters Pesca and Fosco, the novel shines a light on English liberal hypocrisy, exposing the fallacy of England’s self-perception as a liberal sanctuary. Collins might seem like a strange figure to discuss to problematize the West’s liberal narratives. For a while, Victorianists viewed his sensation novels and the sensation genre in general as complicit in liberal ideology.[1] More recently, however, scholars argue that sensation fiction is more critically sophisticated than previously believed.[2] With my article, I join these scholars in illuminating the critical capacity of sensation fiction. Through my rereading of The Woman in White, then, perhaps we can not only reconsider the political function of the sensation genre but also remind ourselves of liberalism’s entanglement with violence, thus providing us with a model to unsettle our own complacencies about our national histories and identities.

Indeed, in revisiting my article to write this blog post, I’ve become increasingly struck by the continued relevance of Collins’s critique. As a Victorianist living in the U.S., I find myself thinking a lot about what it means to do Victorian studies in the age of Trump. I know I’m not alone in such contemplation. In addition to the many conversations I’ve had with friends, family, and colleagues, I’ve read numerous articles and blog posts that tackle this very question: what role do we as scholars of Victorian literature and culture play in what feels like a heightened time of racism, white nationalism, sexism, distrust, etc.?[3] My first answer usually lies in the significance of teaching and modeling critical thinking. Entangled with this is my second answer: teaching students how to think critically means giving them the tools to “historiciz[e] the present.”[4]

The importance of historicizing is, of course, not new. But historicizing gains a new sense of urgency now when both sides of the political spectrum appeal to popular but categorically false myths about the U.S. as a beacon of liberty, democracy, and order. For example, just before drafting this post, I spent my morning reading news articles that reported how Trump supporters and opponents alike are using the idea that the U.S. is a land of laws and equality in order to defend or attack the administration’s recent policy to separate immigrant families. While it may seem contradictory that these factions can appeal to the same national narrative, their appeal makes sense when we consider how and why this narrative persists. In exposing the beginnings of this myth, The Woman in White might not be the story we (or the Victorians) want to read, but it is perhaps the story we desperately need.

[3] For a recent example of this literature, see the latest V21 series on pedagogy, “Victorian Teaching Now: Teaching Under Trump” (http://v21collective.org/victorian-teaching-now-teaching-trump/).

At the 2015 VSAWC conference, Victorian Bodies, Dr. Martha Stoddard Holmes gave the inaugural McMaster Lecture, “Liminal Children: Making Disability and Childhood in Nineteenth-Century Fiction,” which examined the intersecting developments of disability and childhood as cultural constructs. Victorian Review had the opportunity to talk to Dr. Stoddard Holmes, who wrote Fictions of Affliction, the seminal book on disability in Victorian literature,  about her research and what led her to it.  She told us that her interest in disability was instigated by Victorian studies, just when the field of disability studies was emerging in the humanities in the 1990s.

In the following video clip, Dr. Stoddard Holmes discusses the need for critically studying disability’s cultural construction, and she relates how examining Wilkie Collins and Charles Dickens novels led her to become aware of that need. Additionally, she explains how the Victorian era was a crucial time in the development of disability as an object of discourse and social identity. 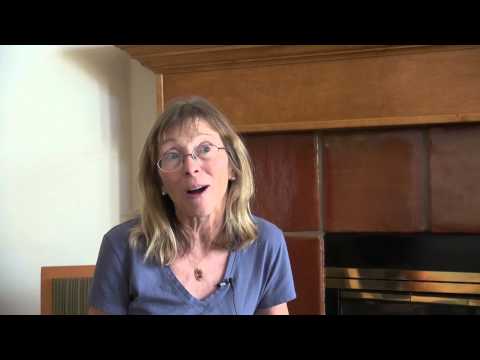 In our discussion with her, Dr. Stoddard Holmes also informed us how activism plays an important role in the field of disability studies, particularly since the study of disability in the humanities came out of disability rights movement that began in the 1970s. In the video below, Dr. Stoddard Holmes describes some of the social restrictions faced by an important Victorian activist for the blind, Elizabeth Margaretta Maria Gilbert—restrictions that appeared even after her death through the biography written by her good friend and fellow women’s activist, Frances Martin. 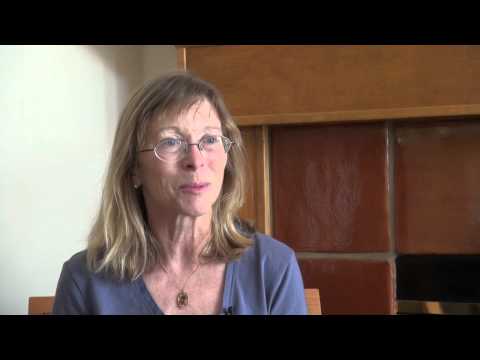 Dr. Stoddard Holmes also noted that in her research experience, she has often found that the Victorians engaged in issues regarding disability that we are still engaging with in the twenty-first century, sometimes in “less imaginative ways than in the nineteenth century.”