I’ve been listening to a lot of the bestselling (contemporary!) author Liane Moriarty on audiobook over the last year. She’s the one who wrote Big Little Lies. If you haven’t read the book, maybe you’ve had a chance to watch the HBO series? At the same time, I’ve been teaching an upper year seminar on “The Victorian Bestseller,” which includes a unit on sensation fiction. We read The Moonstone as it was originally published in periodicals, comparing its appearance in Harper’s in the US to its appearance in All the Year Round in the UK. (We also do a digital assignment comparing The Moonstone’s appearance in these two publications, which you can read about here.)

All this has me wondering whether domestic noir, the genre that Liane Moriarty as well as Paula Hawkins (The Girl on the Train) and Gone Girl (Gillian Flynn) write in, is the new sensation fiction. There are a lot of similarities between sensation fiction and domestic noir on both a formal and a thematic level.

END_OF_DOCUMENT_TOKEN_TO_BE_REPLACED

* The following is a guest post by Beth Seltzer, who holds a PhD from Temple University and is an Educational Technology Specialist at Bryn Mawr College. She can be found at bethseltzer.info or on Twitter at @beth_seltzer.*

Want to know what happened at the end of The Mystery of Edwin Drood? Why not ask the author?

The Mystery of Edwin Drood (1870) was only about half completed at Dickens’s death, its many mysteries still unresolved. What’s happened to the missing Edwin Drood? Has he been murdered by his uncle John Jasper (an opium addict obsessed with crypts and with Edwin’s fiancée)? And who is Datchery—the shadowy detective figure who might be another character in disguise? Victorian and modern reading audiences have speculated on the answers through hundreds of theories and completions, often seeking authority through careful close-reading or reports from the author’s friends and family.

Others seek a loftier authority—the author himself, post-mortem. Ghost-Dickens presents a surprisingly coherent voice over different texts, testifying to the resilience of the Dickens persona. Ghost-Dickens is reassuring and occasionally playful, remains concerned about the reception of his works, writes prolifically, and actively keeps up with contemporary fiction.

Take, for example, the so-called 1873 “Spirit-Pen” edition of his novel, supposedly completed after Dickens’s death through a medium. Rather brazenly, this edition reprints the original novel alongside the new material without a break, and opens with two prefaces—one from the medium, and one from the “author.”

Ghost-Dickens has an author’s natural concern over the reception of his first posthumous work, stating: “Since the fact of this work being in preparation was first made public, I have been pained to observe the ridicule which was apparent in some published articles” (James xii). But he also finds the time to reassure his readers about the afterlife. He even offers encouragement to those who are concerned that their loved ones might be in hell, stating that spiritual communication will soon offer reassurance on this point:

…Thousands who are in this happier world…will be glad to know that the dear ones they have left behind regard their absence as a blessing certain, and so abandon the harrowing thought that it is possible a dear mother, father, sister, brother, wife, child or friend may be engulfed in a flaming sea which is to burn them for ever and ever…(James xi)

The medium’s preface gives us further insight into the work of Ghost-Dickens. The medium, Thomas Power James, first clears up some minor points about the construction of the novel (explicitly denying that Satan was involved the construction of the work, for example), and then looks forward to his continued collaboration with Ghost-Dickens’s future projects, concluding:

I am happy to announce that the first chapter of the next work,—“The Life and Adventures of Bockley Wickleheap,”—is finished; and, opening with all the peculiar characteristics of its author, bids fair to equal anything from his pen while on earth. (x)

Bockley Wickleheap, alas, never materialized, and it remains a bit unclear whether the text was intended as a joke or a con (certainly, there were readers who took it seriously).

Decades later, Sir Arthur Conan Doyle asked Ghost-Dickens about the Spirit-Pen edition at a séance, as reported in the October 1927 issue of Light. Ghost-Dickens is again helpful and eager to cooperate, though he here denies that he wrote the Spirit-Pen version. He is, however, understandably reluctant to cast doubt on spirit writing in general, and leaves open the possibility that another spirit might have written it:

Q. “Was that medium who finished ‘Edwin Drood’ inspired?”

Now comes the crucial reply. “I prefer to write it all out through you. No; he is alive, and Cris [clearly Crisparkle] is hiding him” (Reuter 476, parenthetical in original)

Having offered this confirmation, Ghost-Dickens adds that he is sorry not to have rescued Edwin Drood, and notes, “I always hoped you would put Sherlock on his track” (Reuter 476). Thus “Dickens,” who died long before the publication of the first Sherlock Holmes novel, suggests that he has been following Doyle’s career from the afterlife and keeping up-to-date on his earthly reading. (For Doyle’s own report of the séance, see Doyle’s Edge of the Unknown.)

Ghost-Dickens cannot avoid a final joke, any more than Dickens could. Doyle brings up the controversial question of Datchery’s identity: was he Drood himself, the beautiful Helena Landless in drag, or the drab clerk Bazzard?

Rather than giving a name for the true identity of Datchery, Ghost-Dickens returns the elusive answer: “What about the fourth dimension?” (Reuter 476).

Perhaps Ghost-Dickens is a product of sheer frustration with the unfinished ending (only Dickens, of course, really could conclusively answer the text’s questions). Or perhaps he is exhumed accidentally, his missing presence becoming entangled with that of Edwin Drood, the real character readers seek to recover.

Even in more modern Drood writing, we find attempts to “channel” the late author when discussing his final novel. Two 2009 novels—Matthew Pearl’s The Last Dickens and Dan Simmons’s Drood—both weave explorations of The Mystery of Edwin Drood with fictionalized versions of Dickens’s biography, suggesting that even if he is not summoned through a medium, we still imagine Dickens as having a say in his final text.

And really, isn’t that what Dickens would have wanted?

Our final interview at the 2015 VSAWC Conference, Victorian Bodies, was with Kylee-Anne Hingston, who researches how narrative form and focalization in Victorian fiction contributed to the era’s understanding of the disabled body. In particular, she examines the narrative techniques Victorian fiction used to represent the body and recreate bodily experiences.

In the two clips below, Dr. Hingston explains how focalization in works such as Victor Hugo’s Notre-Dame de Paris and Arthur Conan Doyle’s Sherlock Holmes stories to challenge the medicalization and abnormalization of the disabled body. 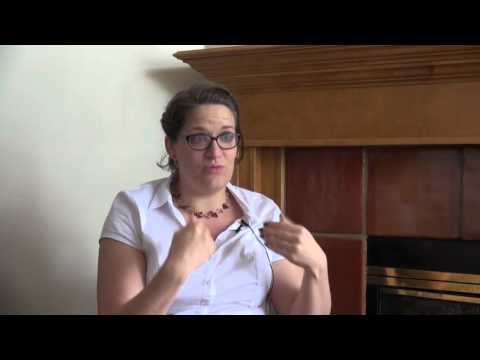 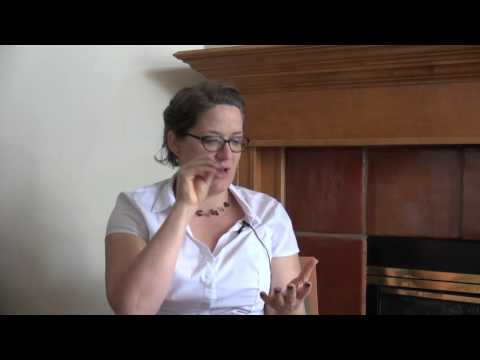